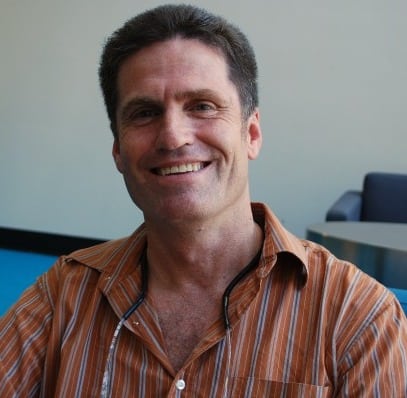 Professor of Marine Ecology
School of the Environment
University of Technology, Sydney

Much of the scientific research that we conduct on the Great Barrier Reef (GBR) and its biota now focuses on the impacts of anthropogenic stresses. Key stressors include land-based nutrient influxes, climate-change impacts, dredging and fishing pressure. However, few impacts face off scientists directly against those making a living on the GBR, like the effects of fishing.

Management initiatives to ameliorate human impacts seem limited especially for factors such as climate change. For fishing, however, management can have a more direct controlling function. One recent highly visible management initiative is the declaration of the world’s largest marine protected area, the Coral Sea marine park. Clearly overfishing is a major impact that this initiative seeks to regulate; while the new protected system may act as a buffer against future climate-change, such benefits are not well-understood. As with the GBR, the Coral Sea MPA will operate on a multiple-zoning basis: highly protected no-take regions, limited fishing zones and less restrictive areas.

So why have a commercial and recreational fishery on the GBR and Coral Sea at all, if they are so risky?

There areseveral arguments for: First, fisheries are part of Australia’s food base (e.g., 2009-10 Fisheries value in Queensland was $323 million, 1/7 of Australia’s fish value, although note that Tassie farmed salmon are worth more!!), employ substantial numbers of Australians, and are important exports. Recreational and commercial fisheries on the GBR are worth close to $200 million each. Fishers add political leverage: they have been important lobbyers for preservation of natural areas worldwide including the GBR (e.g., Network for Sustainable Fishing, 2010) and get listened-to by Governments. And some funds from fishery revenue help support marine research.

What then are the real risks of fishing on the GBR and can we achieve a mythical sustainable fishery? Risks can be expressed against sustainability criteria. For instance, all export fisheries operating in the GBR Marine Park are assessed under the Environment Protection and Biodiversity Conservation Act 1999, with criteria for sustainability including,

What are the roles/responsibilities of ACRS as an organisation, and individual members, in the debate? First, the solid research that underpins management decisions and theoretical assumptions needs to be done by coral reef scientists, many of whom are ACRS members. Projections of future climate change scenarios and how they might impact fished species and their habitats, can allow managers to build in buffers to their catch allowances. Lobbying for protection of areas, e.g., through Marine Parks and their appropriate zoning, can occur at the organisation level (e.g., ACRS commentaries and submissions), commentaries made in the media (e.g., blog sites such as The Conversation), individual submissions to enquiries, letters to editors, and general involvement in community debate. Members can also take an active interest in scientifically-based consumer seafood sustainability programs (e.g., Australian Conservation Foundation). Sorry, but many of these activities won’t increase your h-index, however you just might help protect our iconic GBR.

Australian Bureau of Statistics (2012) Production and value of fisheries.

Network for Sustainable Fishing (2010) A review of concerns relating to the offshore gillnet fishery in the inshore waters of the Great Barrier Reef Marine Park in relation to the Guidelines for the Ecologically Sustainable Management of Fisheries with recommendations for early intervention. Ed. David Cook, NSF. Publ. Fishers for Conservation, 62pp.