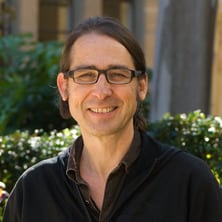 ACRS Immediate Past President
The University of Queensland

When I was studying for my BSc degree in ‘Earth Sciences’ my Professors told me that what I was about to receive in my education was a simple gift: I’d be able to keep time in my back pocket. This turned out to be a profound understanding of the enormity of deep time and all of the things that have happened to the earth and its biota up to and including that sliver of time when humans arrived. In short I came to understand the difference between one hundred thousand years and 500 million years and acquired a context for understanding the history of life over a range of temporal scales.

Almost everywhere I go people tell me about what reefs used to be like when they were much younger. I am always enthralled with these stories because they depict a world very different to the one in which we now live. Consider the hundreds of place names in the Caribbean named ‘Tortugas’ (Spanish for ‘turtle’) most of where turtles can no longer be found. Or the multitude of dugong once observed in Wide Bay, with over 100,000 individuals estimated to have been observed in a single afternoon at a single site in the mid-1800s! Life sure is different now.

But the lessons of history are often forgotten and we have recently witnessed two very short-sighted decisions that could have used historical findings to temper their outcome. The first was the decision by the Western Australia government to remove and destroy large sharks, particularly the endangered great white sharks, from designated “safe zones”. The WA government has ignored history at multiple scales. In the first instance they have ignored the lack of success of such plans in other areas of the world, such as Hawaii. But at a deeper temporal scale, it seems probable that the historical population size of white sharks was much higher than that now encountered in WA waters.  In a recent paper (Blower et al. 2012), we showed genetically that white sharks have a fine spatial structure with low effective population size, meaning their capacity to adapt is reduced. Importantly, contemporary effective population size was ‘…at least 1 and possibly 2 orders of magnitude below…historical effective size estimates’, again based on genetic data.  Moreover, WA populations are genetically different from eastern Australian populations.  So what we are trying to manage is a very much reduced white shark population that, while having the capacity for trans-oceanic migration, appears to be finely structured within Australian waters.  If we learn more about the ecology and behaviour of these sharks we may be able to manage human activities (e.g. surfing, swimming…) in safer ways that enable human use of coastal areas to increase without blaming and culling sharks for encounters that we currently poorly understand. Perhaps the problem is not so much a rising and hungry white shark population, but an increase in human use of coastal habitats.

On the same day, the Federal government granted approval for 2 port developments adjacent to the Great Barrier Reef and Great Barrier Reef World Heritage Area. Potentially the single most important argument against such development is the broader global impacts of developing huge petrochemical reserves in Queensland, which will later be burned as fossil fuels in China and elsewhere, contributing substantially to global carbon emissions. But even if that were not the case, the Australian Government has ignored a recent major proclamation from reef scientists around the world warning of the dangers of industrial development of the Great Barrier Reef coast as well as the GBR Outlook Report which provides fundamental information on managing the GBR into the future. One justification for this is the sentiment that dredging has not been proven to be a source of damage to the Great Barrier Reef. This argument makes a false distinction between port dredging, which leads to increased sediment suspension at the least, and increased heavy metals and organic materials inimical to reef growth at most, and other land use changes that are known to affect large expanses of the inshore Great Barrier Reef. And what does history tell us? At Pelorus Island in the Palm Island group we have shown (Roff et al 2013) that dominance of fast-growing branching acroporid corals, characteristic of this reef for over 1000 years, ceased in the mid 1900s and there has been little to no recovery since. The most parsimonious explanation for the lack of recovery of these corals is the chronic increases in sediment flux and nutrient loading following European colonization of the Queensland coastline. Land use changes in the catchment due to farming and ranching are very different from dredging for port expansion, yet they share as drivers for the delivery of suspended organic and inorganic sediments, inhibiting the growth of coral reefs. The United Nations Educational, Scientific and Cultural Organization (UNESCO) and the International Union for Conservation of Nature (IUCN) know this, and I suspect the Australian government does too. History points to a major driver of reef degradation that is now being ignored in favour of port development.

Time and history isn’t for everyone, and most people have trouble remembering what happened last week, let alone last century or millennia. But environmental decisions can benefit from knowledge of what has occurred in the past, at multiple scales. That information exists, and it is incumbent upon us to use it. Our iconic species and ecosystems in Australia deserve the use of all available evidence when considering decisions on development and other types of human interaction with the environment. This great nation has one of the most prized scientific outputs, both in quality and quantity, in the world, especially in coral reefs.  We need to encourage our politicians to use that expertise, and if they won’t use it in making wrong-headed decisions, then we as the Australian coral reef scientific community need to organize and get ourselves heard.

Andy Hoey: The Great Barrier Reef at a Crossroad
Scroll to top