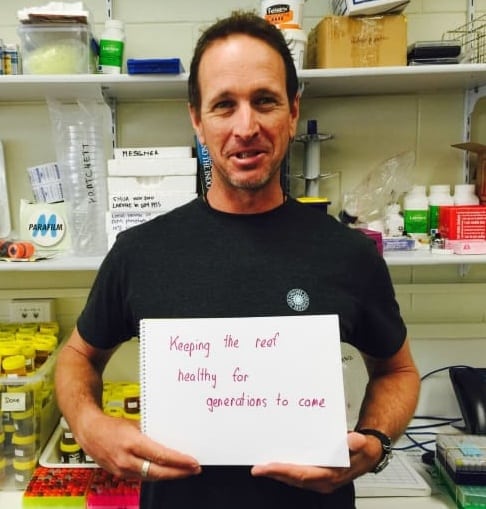 There is little doubting that coral reefs are in global decline. The combined effects of anthropogenic and natural stressors are being greatly compounded by climate change, leading to fundamental changes in the structure and functioning of reefs. Australia’s Great Barrier Reef, once the poster child for these precious ecosystems, is now under serious threat. It was only 10 years ago that the GBR was widely recognised as one of the worlds’ most pristine and best-managed reef systems, yet today it is under threat of being listed as an endangered World Heritage Area.

How has it all gone so horribly wrong for one of the natural wonders of the world? And, more importantly what can be done to prevent the future decline of the GBR?

Clearly, some of the issues facing the GBR, and reefs worldwide, are global concerns and cannot be effectively managed at a local scale. That is not to say that as individuals and communities we shouldn’t be doing everything we can to reduce emissions. There is, however, a critical need to address other (local) impacts that may not only add to, but potentially exacerbate, the effects of climate change. Today, coral cover on the GBR is on average 50% lower than it was 30 years ago (De’ath et al. 2012), and unless government policies and practices change dramatically it is likely to continue on this downward trajectory. Repeated cyclones, another outbreak of the Crown-of-Thorns-Starfish (the 4th since the 1960’s), declining water quality, and coastal developments are causing further destruction of corals and the ecosystems and communities they support. While some progress has been made in reducing sediment and nutrient input from agricultural run-off, these reductions are insignificant when compared to the potential impacts of proposed port expansions and associated dredging activities.

In 2004 the Great Barrier Reef Marine Park Authority (GBRMPA) developed and implemented the Representative Areas Program with the area of reef within no-fishing zones increasing from 4.5% to 33%, and spread across all major habitat types. GBRMPA was leading the world. Move forward 10 years and Australia had all levels of government approving the dumping of 3 million of cubic metres of dredge spoil into the Marine Park. While the proponent has since announced they will shift to land-based dumping of spoil this decision was not driven by the government, but rather by public pressure and outrage over such a short-sighted and environmentally disastrous decision. It is somewhat ironic that the Marine Park was established in 1975 following the biggest conservation campaign in Australia’s history under the slogan ‘Save the Great Barrier Reef’ and the 1964 Royal Commission into potential oil drilling on the GBR (GBR Outlook Report 2009). Yet almost 40 years later mining associated activities are once again the greatest threat facing the reef and have led to the UNESCO World Heritage Committee threatening to place the GBR on the World Heritage ‘in danger’ list.

The Australian Government’s Reef 2050 Long-Term Sustainability Plan was drafted to allay some of UNESCO’s concerns, however it has come well short of the mark, and has drawn criticism across the scientific community. It appears to be yet another ‘plan for a plan’, and provides little detail for direct action/s. The Australian Academy of Science found “the draft plan is inadequate to achieve the goal of restoring or even maintaining the diminished Outstanding Universal Value of the reef. While acknowledging the greatest risks to the reef are climate change, poor water quality, and impacts from coastal development, and some fishing activities, it fails to effectively address any of these pressures” (see also ACRS submission). Rather than attempting to maintain the GBR’s current degraded state, the goal should be to restore the lost Outstanding Universal Value of the reef and detail direct actions to achieve such goals.

All is not lost for the GBR, at least not yet. Decisions that are made in the next couple of years are critical, and will determine the future trajectory of the GBR. Now, more than ever, the need for robust and objective science that informs, identifies and/or supports various management actions is critical. But, perhaps more importantly scientists have to take an active role ineducating and communicating science to all levels of the community, stakeholder groups, and government and non-government agencies. While increases in shipping and industry are inevitable, future developments must adopt world-best practices to ensure impacts on environmental, social, and heritage values are negligible, irrespective of the financial cost. Management agencies need to adopt proactive rather than reactive approaches to provide some insurance for future disturbances or ecological surprises. We all insure our houses, our cars, and even our pets against unexpected events, and we need to provide similar insurance for our natural environment. For example, the protection of herbivorous fisheswould provide some insurance against future disturbances, is a ‘low hanging fruit’ as they are not currently fished, and would recover some of Australia’s reputation as a world leader in reef management. I am optimistic that collectively we can turn it around and ensure the GBR is on the road to recovery rather than the slippery slope to slime (see Pandolfi et al. 2005).

Paul Marshall: Integration is the new black; but where do I get it?
Scroll to top