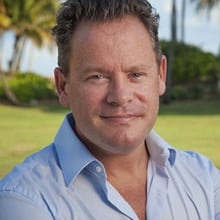 Reef managers world-wide are trying to take action to build the resilience of coral reefs to climate change, as well as local pressures such as pollution. Much is known about the resilience of reefs and large seaweeds can cause problems for corals throughout the world. Seaweeds can compete with corals by usurping space, overgrowing living coral, and leaking noxious chemicals. Not surprisingly, keeping seaweed under control has long been a priority for managing reef resilience.

In many areas, seaweed levels fluctuate naturally from season to season. However, outbreaks of seaweeds can occur if the flux of nutrients is unnaturally high or the level of grazing by fishes and urchins becomes unnaturally low. Great progress is being made to manage nutrient runoff in Australia’s coastal watersheds, but nothing is being done to manage herbivores.

There are several reasons we should consider protecting herbivorous fish in Australia. Some strategically benefit Australia. Others are more altruistic.

The only likely objection to conserving herbivorous fishes in Australia is the cost of implementation (consultation, preparation of legal instruments, etc). This is clearly a judgement call for governments but as interventions go, it’s not that difficult.

Pat Hutchings: Reefs are home to more than just corals and fish
Scroll to top