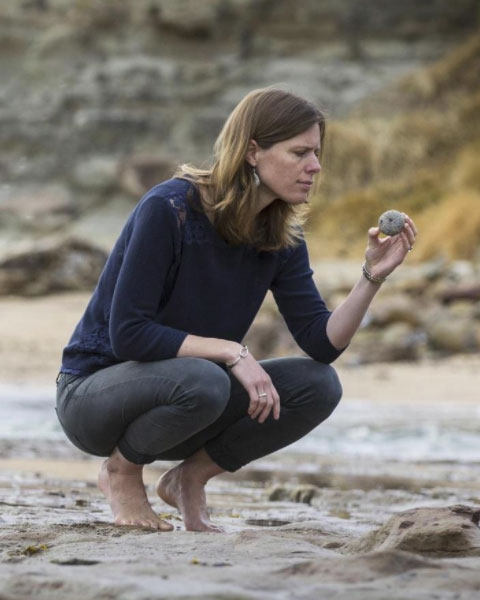 The news that half of the coral on the Great Barrier Reef has now died from bleaching may prompt some of us to question the utility of our work as coral reef scientists.

Reef scientists have spent decades studying the potential impacts of climate change on coral reefs: observing corals in aquaria, designing experiments on reef flats, diligently swimming down belt transects making notes about communities. We warned of what would happen, and it did. As someone who has been mapping, monitoring and modelling the effects of climate change on reefs for almost two decades, much of that work seems futile now.  The ‘super wicked’ problem of climate change has begun to wreak visible havoc over the last couple of years. It is widely acknowledged that the root cause of coral bleaching on the Great Barrier Reef is climate change, driven by anthropogenic carbon emissions. This is the ultimate collective action problem. It is global in scope and socially complex. Developing a solution to this problem requires a strong central authority that does not exist and time is running out.

The focal breadth of Anna Krien’s Quarterly essay “The Long Goodbye: Coal, coral and Australia’s Climate Deadlock”neatly demonstrated that the fate of Australia’s Great Barrier Reef is embedded in political and economic dynamics. Global climate and energy policy govern the fate of coal-fired electricity generation and investment in renewable energy infrastructure. In Australia, decisions on proposals to mine coal in the Galilee Basin or develop solar thermal plants in Port Augusta are widely reported as being influenced by political donations, royalties, taxes and corruption. The problem of coral bleaching on the Great Barrier Reef is a people problem that weighs heavily on the national conscience and has implications for Indigenous communities, tourism operators, fishers, farmers, miners, workers, local councillors and federal politicians. Acknowledging this provides comfort to reef scientists. It prompts us to think about potential alternative roles in which we can make a difference.

As David Ritter (CEO of Greenpeace Australia) wrote in response to the Quarterly Essay “the presence of an effective opposition to big business’s vested interests cannot be taken for granted. Indeed, attempting to silence democratic challenge is clearly part of the coal industry’s strategy… The price of liberty is eternal vigilance, and the democratic space can never be taken for granted, even in Australia”. Becoming a council member of the Australian Coral Reef Society (ACRS) has provided me with a supportive avenue for advocacy, offering a different form of vocal expression of the science I have carried out. The world’s oldest society for protecting coral reefs, the council of the ACRS is an informed and well-connected group of individuals who care deeply about coral reefs. They have a track record of standing up for change. In 2015, they gave a voice to over three hundred concerned scientists in the ‘Coal versus Coral’ war when the Great Barrier Reef Marine Park Authority had approved a proposal to dump 5 million tonnes of dredged sediment from Abbot Point into the Great Barrier Reef World Heritage Area. This environmentally-disastrous decision was reversed when the ACRS made their view known, alongside conservationists, tourism operators, grassroots organisations such as Get Up!, Greenpeace and the Indigenous climate group Seed Mob.  To keep up the pressure, we wrote to Prime Minister Malcolm Turnbull urging immediate action to curb climate emissions.

It is important not to confuse scientific objectivity with political objectivity. If we do so, there is a danger that we remain silent when coral reef scientists have the unique knowledge needed to make a difference to one of Australia’s most valued coastal assets. As scientists, we are bound by facts, and it is dangerous and unethical to stray from these when communicating scientific messages. But facts alone do not tell us what is right and what is wrong- for that, we need to engage our own personal judgement, which stems from our personal values. By tapping into these, we bolster scientific facts in a way that makes them resonate with a wider audience.

As Charlie Veron, the former chief scientist of the Australian Institute of Marine Science and widely recognised “Godfather of Coral”, told ABC’s Radio National in 2016: “I am someone who can actually do something about it. I am someone who is listened to and I have made a difference. And so I have to keep on doing that. It’s not as if I can say, “to hell with it”, and go and do some gardening”. We cannot walk away because we have responsibility to lead change. How will you lead the change you want to see?

Tracy Ainsworth: We need to go beyond what we have imagined is possible to be...
Scroll to top